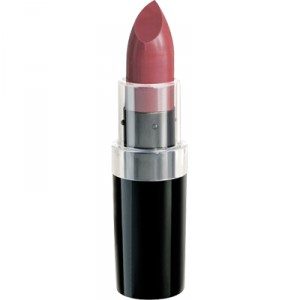 Ingredients in Makeup and Cosmetics that are Dangerous

New health concerns are being raised over some common but possibly dangerous ingredients in hair shampoos, skin creams, toothpastes, and other personal care items. Researchers in the U. S., Germany, Switzerland, Japan, found these ingredients may be linked to premature baldness, cataracts, environmental cancers, contact dermatitis, and possible eye damage in young children.

DANGEROUS BEAUTY: Scientists Warn of Harmful Ingredients In Our Shampoos and Cosmetics, by David Lowell Kern

The greatest concern of many scientists is sodium lauryl sulfate (SLS), a detergent found in about 90 percent of commercial shampoos. Also known as sodium dodecyl, sodium laureth sulfate (SLFS) this chemical has been shown to damage protein formation in eye tissue in young animals, raising serious concerns about the possibility of ocular tissue malformation, blindness in infants and young children. In animal studies, Sodium Laurel Sulfate penetration and uptake is much greater in neonatal and young animal eye tissue, compared to adult animals, showing “penetration into the eye, as well as systemic tissues (brain, heart, liver, etc.)” SLS also showed long-term retention in tissues, up to 5 days after a single drop.1

Researcher Keith Green, Ph.D., D. Sc., of the Medical College of Georgia, also reports that Sodium Laurel Sulfate extends the healing of corneal tissue by a factor of 5, from 2 days (normal) to more than 10 days. He also has concerns about cataract formation from Sodium Laurel Sulfate. Writing for Research to Prevent Blindness, Inc., Dr. Green states in part: There is an immediate concern relating to the penetration of these chemicals into the eye and other tissues. This is especially important in infants…exposure to SLS results in accumulation in eye tissues, a process that could retard healing and possibly have long-term effects. Dr. Green concludes that exposure to Sodium Laurel Sulfate sulfate causes improper eye development in children and that since Sodium Laurel Sulfate is absorbed systemically through the skin, it doesn’t have to enter the eye directly.

Our own research found that SLS is present as a main ingredient in most commercial shampoos for adults or children.

Another serious health concern with SLS is its tendency to react with other ingredients to form NDELA, a nitrosamine and potent carcinogen. According to a 1978 FDA report, shampooing the hair with a product contaminated with this nitrosamine can lead to its absorption into the body at levels much higher than eating nitrate- contaminated foods. (Researchers estimate the nitrate absorption from one shampoo is equal to eating a pound of bacon.) The FDA has recently warned shampoo manufacturers of unacceptable levels of dioxin formation in products containing SLFS (dioxins are also dangerous carcinogenic compounds). Only laboratory testing can determine if a shampoo is contaminated with these powerful carcinogenic compounds.

Damage To Your Skin

Sodium Laurel Sulfate is implicated in premature hair loss in men and women, and may be one reason for wide-spread incidence of thinning hair. Because Sodium Laurel Sulfate is such a caustic cleanser, it actually corrodes the hair follicle and impairs its ability to grow hair. SLES (sodium lauryl ether sulfate) causes dramatic decline in the hair growth cycle, and prolongs the hair loss phase (normally 3 months) by a factor of eight. Simply removing this ingredient, and its corrosive and irritating effects, begins to restore the natural, healthy function of the follicle.

Sodium Laurel Sulfate is also implicated in scalp irritation, eczema, dandruff, and other scalp conditions. Many shampoos designed to alleviate dandruff, itching, and other scalp disorders may actually be causing the toxicity of Sodium Laurel Sulfate-containing formulas to the skin and scalp. Avoiding contact with this cytotoxic (cell- killing) chemical is all that many people require to completely alleviate scalp disorders.

Ingredient reviews of shampoos sold in health food stores under natural brands and labels have turned up many formulas containing Sodium Laurel Sulfate. The cost, reputation, or market position of a shampoo apparently has little to do with its contents. Some of the most reputable and exclusive brands contain Sodium Laurel Sulfate. Don’t be fooled by high prices or marketing hype. You must check the ingredients on each product if you want to avoid the harmful effects of Sodium Laurel Sulfate.

What You Should Do

Considered a carcinogen, is an endocrine disruptor, and is suspected to cause birth defects

Known human carcinogen. Prohibited for us in cosmetics in the European Union. May contian harmful impurities or breakdown products. Found in dandruff shampoos, anti-itch creams and hair dyes.

Used as inhibitors of microbial growth and to extend shelf life of products. Have caused many allergic reactions and skin rashes. Studies have shown that they are weakly estrogenic and can be absorbed by the body through the skin. Widely used even though they are known to be toxic.

Prohibited for us in cosmetics in the European Union. Possoble human reproductive or developmental toxin. Endocrine disruptor. Found in some nail polish, perfume and hair spray.

Often used in cosmetics as emulsifiers and/or foaming agents. They can cause allergic reactions, eye irritation and dryness of hair and skin. DEA and TEA are “amines” (ammonia compounds) and can form cancer-causing nitrosamines when they come in contact with nitrates. Toxic if absorbed into the body over a long period of time. This chemical interferes with the body’s ability to absorb choline which is needed for proper fetal brain development.

These are widely used preservatives. The American Academy of Dermatology has found them to be a primary cause of contact dermatitis. Two trade names for these chemicals are Germall II and Germall 115. Neither of the Germall chemicals contains a good antifungal agent, and they must be combined with other preservatives. Both these chemicals release formaldehyde, which can be toxic.

This is an extreme irritant to the mucous membranes with often destructive effects. It is also considered to be a neurotoxin and carcinogen.

The label of “Fragrances” can mask a multitude of toxic, synthetic chemicals, many of which suppress the immune system, are endocrine disruptors, and cause cancer. When looking for scented products, make sure it’s scented by essential oils — which are expensive; therefore, companies usually list what essential oils are contained in the product without reverting to the generic term “Fragrances”.

This is a skin irritant that causes flushing, pulse rate fluctuations, dizziness, headaches, and nausea.

Known human reproductive and developmental toxin. Prohibited for use in cosmetics in the European Union. Found in some hair dyes and cleanser.

This can cause skin and eye irritation and is known to cause neurological damage.

Increases a person’s risk of breast cancer. These class of chemicals are also endocrine disruptors and have been linked to fertility problems.

Also known as petroleum jelly, this mineral oil derivative is used for its emollient properties in cosmetics. It has no nutrient value for the skin and can interfere with the body’s own natural moisturizing mechanism, leading to dryness and chapping. It often creates the very conditions it claims to alleviate. Manufacturers use petrolatum because it is unbelievably cheap.

Possible human carcinogen. May contain harmful impurities or breakdown products. Prohibited for use in cosmetics in the European Union. Found in some mascara, perfume, foundation, lipstick and lip balm.

This has been linked to damage of the organs — kidneys, lungs, and liver — as well as the reproductive system.

Ideally this is a vegetable glycerin mixed with grain alcohol, both of which are natural. Usually it is a synthetic petrochemical mix used as a humectant. It has been known to cause allergic reactions, hives and eczema. When you see PEG (polyethylene glycol) or PPG (polypropylene glycol) on labels, beware—these are related synthetics. Although exposure to high levels of Propylene Glycol is known to cause serious and potentially irreversible health conditions, the chemical industry tell us that “small” quantities or low level exposure of Propylene Glycol is “safe” to use on the skin and in food. According to the safety data sheets of industrial chemical manufacturers, chemicals such as Ethylene Glycol and Propylene Glycol will cause serious health conditions, including liver and heart damage and damage to the central nervous system if sufficient is absorbed by the body.

A petroleum-derived chemical used in hairsprays, styling aids and other cosmetics. It can be considered toxic, since inhaled particles can damage the lungs of sensitive persons.

A cheap, harsh detergent used in shampoos for its cleansing and foam-building properties. Often derived from petroleum, it is frequently disguised in pseudo-natural cosmetics with the phrase “comes from coconuts.” It causes eye irritation, scalp scurf similar to dandruff, skin rashes and other allergic reactions.

A quaternary ammonium compound used in hair conditioners and creams. Developed by the fabric industry as a fabric softener, it is a lot cheaper and easier to use in hair conditioning formulas than proteins or herbals, which are beneficial to the hair. Causes allergic reactions. Toxic.

Used to make cosmetics “pretty,” synthetic colors, along with synthetic hair dyes, should be avoided at all costs. They will be labeled as FD&C or D&C, followed by a color and a number. Example: FD&C Red No. 6 / D&C Green No. 6. Many synthetic colors can be carcinogenic. If a cosmetic contains them, don’t use it.

The synthetic fragrances used in cosmetics can have as many as 200 ingredients. There is no way to know what the chemicals are, since on the label it will simply read “fragrance.” Some problems caused by these chemicals include headaches, dizziness, rash, hyperpigmentation, violent coughing, vomiting, skin irritation—the list goes on. Advice: Don’t buy a cosmetic that has the word “fragrance” on the ingredients label.